May 16th﻿﻿
Day of Portuguese as a Heritage Language

The goal of the creation of a special day to celebrate the field of studies and practices of Portuguese as a Heritage Language (PHL) is to acknowledge this speciality of teaching/promoting the Portuguese language and the various cultural and educational initiatives that promote this cultural linguistic legacy within communities of immigrants around the world. Relationships between language, identity, and culture are at the center of the concept of a Heritage Language, since it gets passed down from generation to generation and encompasses more than just linguistic capabilities. It grants culture, customs, and values of the family.

There are many challenges in the promotion and development of any Heritage Language. As a minority language, the development of Portuguese as a Heritage Language depends on complex efforts, such as the family desire to provide this endowment, the support of various institutions, and, above all, the professionalization of educators and cultural agencies.

Portuguese is the official language in 9 countries that form the Community of Countries of Portuguese Language (CPLP): Angola, Brazil, Cape Verde, Guiné-Bissau, Guiné-Equatorial, Mozambique, Portugal, São Tomé e Príncipe, and Timor-Leste. The linguistic and political geographies of these countries, however, do not coincide and the difference between these systems represent the social dynamics of the 21st century. In order to highlight the fact that Portuguese speakers are spread throughout the 5 continents of the world, we have elected May (the fifth month) as the represent the activities that develop Portuguese around the world, celebrating on May 16th, the Day of Portuguese as a Heritage Language.
Ana Maria Machado speaks about the Day of PLH. Click here.

To see all the participants and their events, click here.

The various initiatives involved are scheduling events to celebrate this date around the world.  You can participante as well, wherever you are.  If you would like to set up an event for your initiative, community group and/or social media, get in touch with us at info@brasilemmente.org 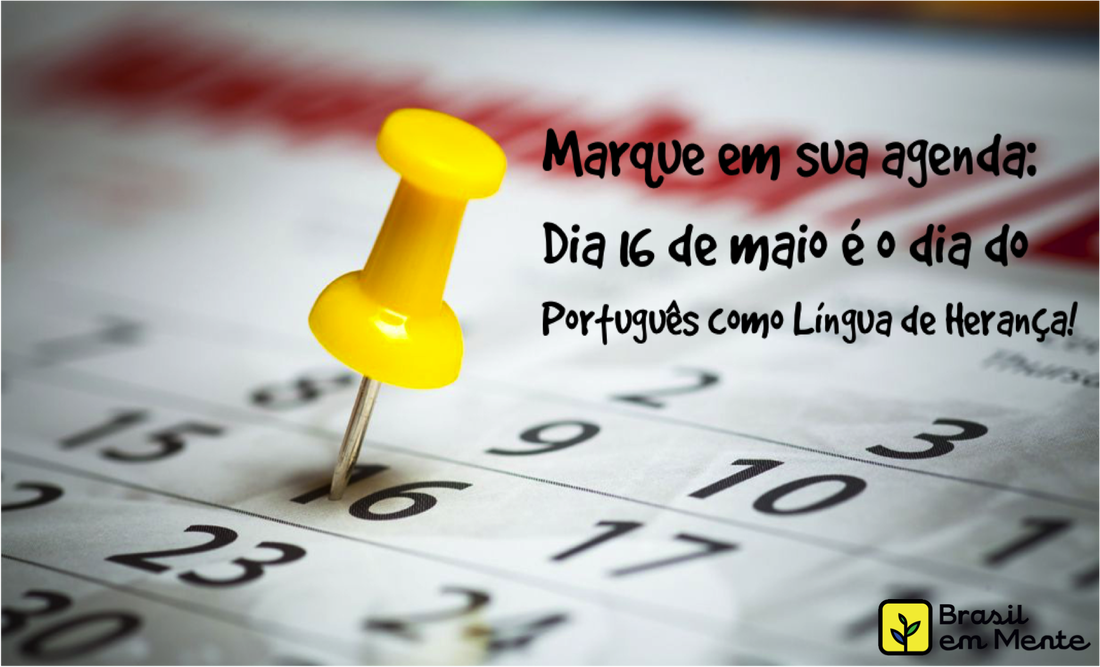